TAKE 20% OFF RUGS WITH CODE LITTRUGS20 Apothecary cabinets are just the tonic we need

Apothecary cabinets are just the tonic we need

We love it when papers like the Financial Times write about things we love.  Read on about how in desire these apothecary cabinets are. Check out our newest find straight from England here: English Apothecary Cabinet 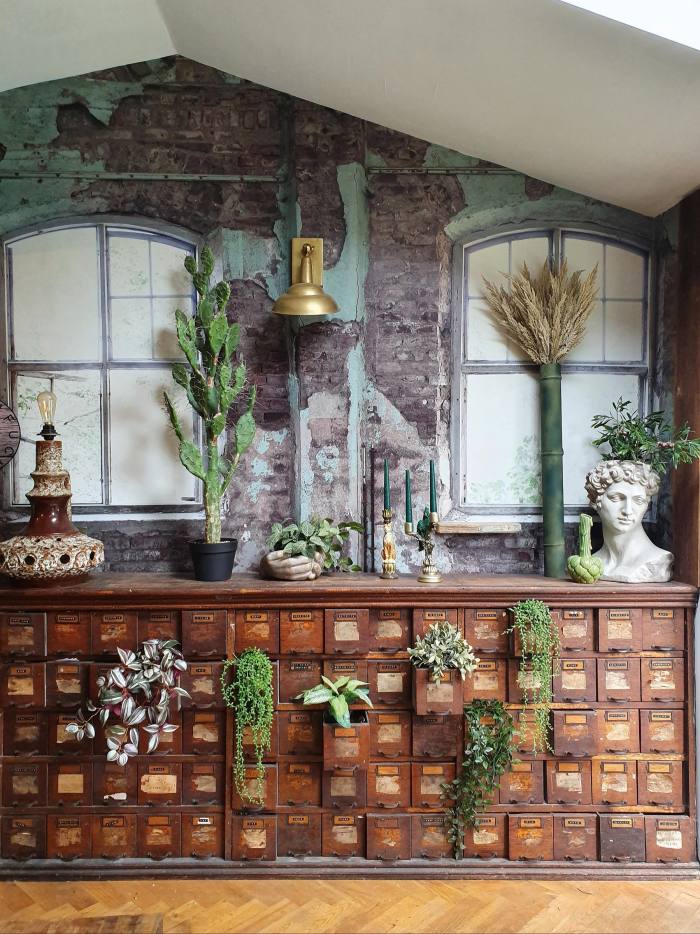 It will come as no surprise to interiors aficionados that English country-house design is experiencing a renaissance. But it’s not all chintz and clutter – many discerning homeowners are opting for antique accents as a way of channelling the look. “There has definitely been a move away from monochrome grey-and-white interiors,” says Giles Forster, director of 19th-century furniture and decorative arts at Christie’s London. “There’s a growing appreciation for objects that embody history and travel.”

Antique apothecary cabinets tick both of these boxes. They are rich in global provenance, and come in myriad shapes and sizes. The range at online marketplace 1stdibs, for instance, runs from an early-20th-century English set of drawers in dark walnut (£2,538) to an impressive pair of 19th-century, 45-drawer elm chests from the Qing Dynasty (£19,995). Their common thread is a combination of charming curiosity, owing to their once-mysterious medicinal contents; excellent craftsmanship; and a sense of nostalgia for an age when even shopping for tinctures was a personalised experience. These pieces were in fact holding their own in the saleroom long before the popular #brownfurniture was born. In 2014, a meticulously labelled Regency apothecary cabinet, complete with 45 drawers, exceeded its top estimate of $1,200 to sell for $11,250 at Sotheby’s, while a year later, a pair of early-20th-century dispensing chests achieved £3,500 against their £1,800 valuation when the gavel fell at Christie’s. 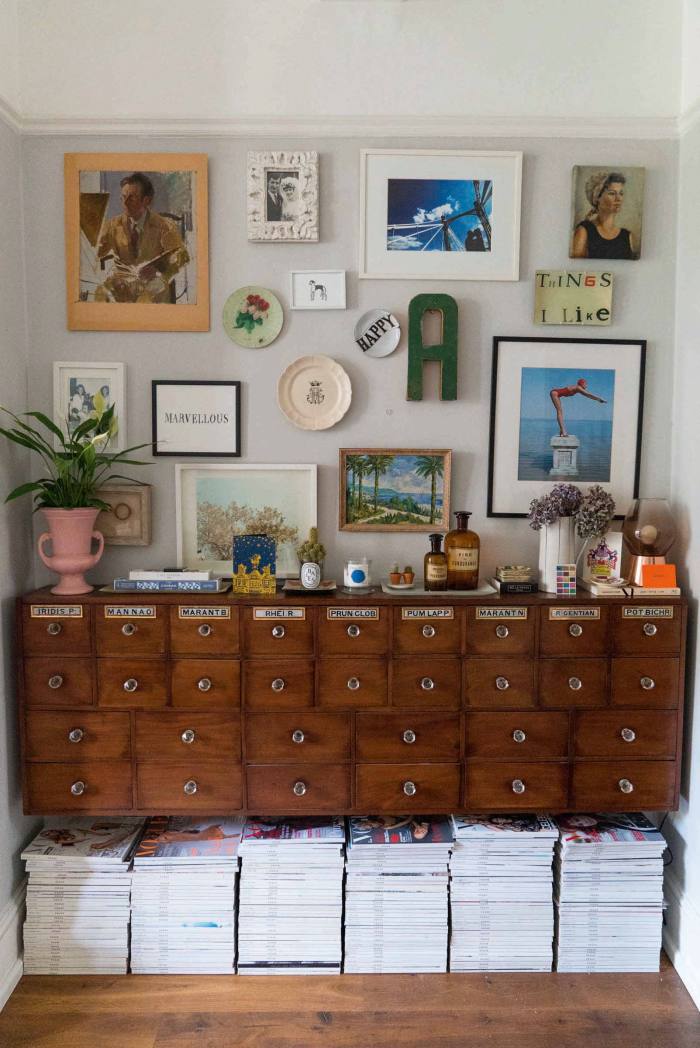 “The bigger, the bolder, the better,” says Cotswolds dealer Siobhan Panayiotou of Splendid Antiques, who currently has a Victorian 54-drawer chest for £6,995. “Over the past couple of years, people have started moving away from fitted cabinetry – they want one-of-a-kind statement pieces to build a room around,” she says, adding that old haberdashery displays and linen closets often sell within minutes of her posting them on Instagram. Most recently, it was a selection of Ukrainian apothecary cabinets (£2,995 each) that piqued her clients’ interest, with one destined for a New York kitchen and another for the dining room of Edinburgh-based interior designer Lisa Guest.

“I’m a big fan of mixing old with new, and this piece is going to bring depth and soul to an otherwise contemporary space,” says Guest. “It’ll be like a piece of jewellery for the room.” A wall of similar units, this time from Budapest, are currently listed for £15,500 each on Vinterior, while London dealer Joseph Berry has a 10-drawer tallboy cabinet (£950) and a 14-drawer chest (£1,650), both from the Isle of Wight. Berry advises holding out for a set of drawers with gilt labels inlaid into the wood. “You can get glass ones,” he says, “but they tend to be broken.”

Berry adds that apothecary curios are also sought after, such as seven French medicinal glass bottles (£395) he currently has in stock. The Antique Dispensary offers more intriguing objets – including an illustrated early-20th-century eye-wash cup from a Brixton pharmacist (£800) and “a once-in-a-lifetime decorator’s dream” – a set of 10 onion-shaped c1820 black glass chemist’s bottles (£7,500). “Customers will sometimes use them to house perfume, but most are purely decorative,” says Jamie Ferris, owner of Sheffield’s Fleeting Fox Antiques, which has a rare collection of 23 glass-stoppered bottles from a South Yorkshire pharmacy, complete with enamel labels (£1,750). Ceramic apothecary jars are perhaps more useful – doubling as tea canisters or vases. At David Griffith Antiques in Islington, a trio of lidded royal-blue jars is £1,250, while a pair of c1870 pink ones have been converted into lamp bases (£1,140). But, for functionality, it’s the drawers that have the broadest appeal. Lisa Mehydene, founder of online store Edit58, has suspended her 30-drawer mahogany example from the wall of her living room, where it collects life’s daily clutter. For marketing consultant Nat Woods, her chest is a bedroom cache for perfumes and keepsakes. Meanwhile, in Texas, building designer Richard Laughlin recently created a kitchen island for a client (coincidentally a pharmacist) using a set of apothecary drawers salvaged from a local former drug store. “We only paid $2,500 for it because they wanted it to stay in the community,” says Laughlin, who reckons it would have achieved 10 times that at auction. “We took a lot of time and care over it, preserving the look of the exterior but also making it more practical by altering some of the drawers, waxing the runners and topping it with a slab of soapstone. I suppose you could say we breathed new life into it.”